The Mending of Pagic Part 4: The Bound Ones

The end of the Fey Wild Journey is here...

We find ourselves in the land of faeries, storybook characters, and legends, The Feywild! Each of our adventurers journeyed to Qlain, the faerie kingdom, to assist its inhabitants in Mending the Magic of the Land. They defeated eladrin who looked like drow, and learned that tainting the magic of the land had obscene consequences to the creatures who dwelled in Qlain.   In the Podded Glade, they teamed up with The Bound Ones, one of each of the Sacred Order: Flora, Fauna, Fey, who were meant to tether themselves to the Magic Pool to protect it for 100 years. Mama Greenspray, an old ‘flame’ of our wizard gnome Eggo, was meant to be the Flora Bound One. Elora Lusterpath, Hellvanguard’s newly found mother, would be the Fey; and Grendle, Humdrum’s daughter, would be the Fauna. Upon learning that Humdrum the beefy satyr boi and Tyresius, the eladrin behind this evil magic, were once lovers, the party guessed that Grendle was daughter to both.   Before the adventurers could learn too much more, blemished attackers burst into the Podded Glade, a place that most creatures considered safe. The adventurers strongly defended the glade--more specifically the Bound Ones, who the blemished seemed to be targeting. As six hags flew in from the north, Kroh the swole druid centaur galloped to meet them and summoned two vultures, who did some beakwork on the crotchety fey on broomsticks before cawing to their death by magical fireball, courtesy of one Egg, wizard gnome at your service. Kroh then settled in to fight three blemished centaurs he recognized from his clan and three… wait for it… jagmooses, a wonderfully imaginative homebrewed concoction of a jaguar with moose antlers.   Elora instigated a group sing-along of the Five Alive children’s song from the adventurer’s youths, and it seemed to heal the blemish from Kroh and Humdrum; and lessen its effects on some of the enemies. The hags captured Mama Greenspray and Grendle, though, and successfully breathed dark magic into Grendle’s mouth, accelerating the adventurer’s need to defeat this onslaught.   Gus, the doesn’t-have-time-for-your-feelings human ranger, gracefully danced on the Feywild’s natural floor as she disemboweled a centaur, hurled her ax in another’s abs, and rained down thorns onto a hag, bringing her to her death, while her compatriot in arms, Bert the fey ape, picked a cozy spot to throw rocks from. Egg, looking after Mama Greenspray’s captives, sprouted wings and drifted into the air for a better view so that he could dismiss the magic from a hag’s broom, causing her to fall and break her evil neck. Hellvanguard splorked and splorted his way through a centaur and watched him splork-splort-splorkle-splat out of existence. Brick, the 7-year-old cherubic aasimar life cleric, summoned adorable rainbows that flitted around him to guard him from the nasty blemished creatures; once they got a taste for hag flesh, though, their bloodthirsty nature was revealed as they pierced, peeled, and flesh-flayed Brick’s enemies, begging for more.   The adventurers, finally successful in their defense, rallied to heal the blemish from Grendle that the hags dumped into her. They discovered the hags had drunk of the tainted Magic Pool, and were able to redistribute the blemish this way. Sir Hellvanguard performed a cleansing ritual that did the trick, and, feeling safe in the Feywild altar, the group settled down to rest before their trek to Titania’s Stem, the Great and Treacherous Upside-Down Beanstalk that housed the Sacred Magic Pool. Bound Ones in tow, they wended their way through several layers of the maze of vine and growth. Kroh spoke with the Beanstalk itself to discover there were three dryads that could clear a path for them up to the top, and their locations. Defeating evil sentient vines and Egg’s magical drawing of a clear pathway (thanks to the watchers) led them to the first dryad, ​Cambusbark the dryad of Luck,​ who needed help healing from the nearby pool of milky water. Brick discovered the secret to letting the elusive liquid behave as normal was

to have no intention of imbibing it in any way. He also solved the dryad’s scholarly riddle, and the group made their way to dryad number two, ​Narulian the dryad of LOVE. ​Sir Hellvanguard helped this dryad by singing a round of Five Alive. In doing so, the group healed the dryad’s love, a Wood Woad named Slag of his blemish. Egg solved Narulian’s sea creature riddle, and two thirds of the path to their destination were cleared. One final dryad remains and then who knows what the party will find when they surface? 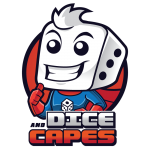